Professor Chris Whitty warned ministers that the Omicron variant of COVID-19 would trigger a “significant increase in hospitalizations.”

England’s chief medical officer also said in a virtual cabinet meeting on Tuesday that it was “too early to tell how bad the tension was”.

Professor Whitty told ministers he could not yet determine whether cases were leveling off in South Africa, where the strain was first identified, and said there was “no reliable evidence” from scientists in the country of a spike in the rate of cases.

“He added that it was still too early to say how serious the Omicron variant was, but that we can expect a significant increase in hospitalizations as cases increase,” according to the minutes of the meeting. number 10.

Earlier, the president of the South African Medical Association, Dr Angelique Coetzee, told members of the science and technology committee that most of Omicron’s cases were mild.

Prime Minister Boris Johnson has warned his ministers he believes a “huge spike” in cases of the variant will hit the country.

But Downing Street insists no further restrictions on coronaviruses are planned – with the Prime Minister urging Britons to get their booster shots.

The harsh messages conveyed to the cabinet came as nearly 60,000 new cases of COVID-19 were reported, the highest total since January 9, driven by the surge of the highly transmissible variant.

Health Secretary Sajid Javid told MPs there was a “very real risk” that the exponential rise in Omicron cases could translate into a spike in hospital admissions which “threatens to overwhelm the NHS “.

Please use Chrome browser for a more accessible video player 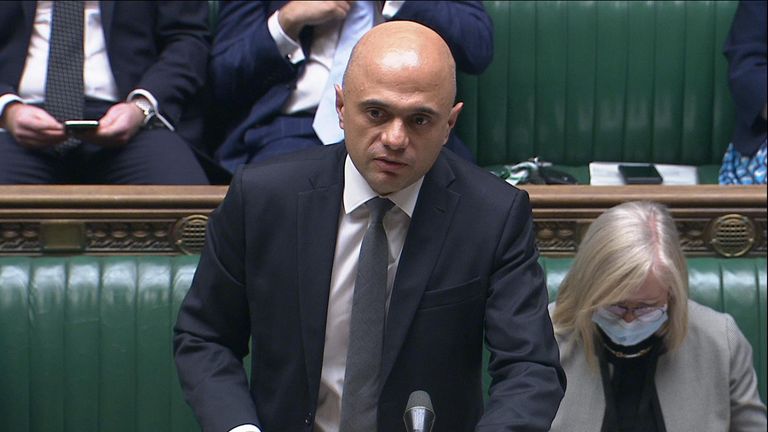 Mr Javid told MPs that although Omicron was found to be less serious than the Delta variant, the fact that it has spread so easily meant “it still has the potential to overwhelm the NHS”.

The deputies voted on Tuesday on the plan B regulation in the Commons, the measures to be adopted despite the expectation of a revolt on the benches of the conservatives, in particular on the COVID passes.